What's the Difference Between Alcohol Abuse and Dependence?

I was just conversing with a friend, and she expressed her displeasure that her spouse had questioned her drinking habits.

"I'm not an alcoholic; I simply enjoy a few drinks at night to unwind." I don't need to drink; I just like it. Is that really that big of a deal?"

She went on to say that she was a decent mother and employee, which was sufficient proof that she didn't have a drinking issue. I didn't confront her because she was more ranting than seeking for advice. It was a quick exchange that may or may not have prompted her to reflect, but it made me realize how widespread misunderstandings about alcohol usage are. Let's start with some fundamental definitions to clarify some of them.

To begin, it's vital to note that the medical definition of chemical dependency differs from the concept of drug dependence used by mental health professionals. Physical dependency occurs when the body adapts to the drug, resulting in drug-specific withdrawal symptoms and increasing tolerance to the drug's effects when the substance is removed. The way a person acts or interacts with the substance is irrelevant.

When it comes to alcohol, it's difficult to conceive someone getting physically addicted without simultaneously abusing the substance. However, even when used as prescribed, many prescription drugs create dependency as described above. When three or more of the following criteria were satisfied during the previous year, the DSM-IV (Diagnostic and Statistical Manual of Mental Disorders), which is now obsolete, was used to diagnose alcohol dependence:

What is the definition of alcoholism?
Abuse and dependency are frequently linked. Alcohol abuse was defined as a similar, but different, and less severe illness under the same diagnostic criteria. The diagnosis is confirmed if one or more of the following criteria are met:

Do your drinking habits endanger you? (Driving when inebriated or drinking to the point of blackout, for example, are both dangerous activities.)
Do you experience any social or interpersonal issues as a result of your drinking? (Here, my aforementioned buddy would say yes.)
Have you drank to the exclusion of any of your important responsibilities?
Have you been charged with a crime as a result of your drinking?
These criteria are significantly more focused on your alcohol-related conduct. Let's look at the fundamental differences between alcohol abuse and alcohol dependency now that you know what they are. 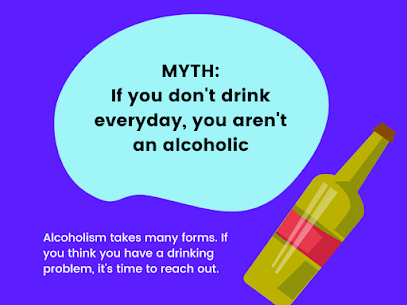 5 Differences Between Alcohol Dependence and Abuse

So, if you're a heavy drinker who meets the criteria for alcohol abuse, does it suggest your problem isn't serious? Is it possible that you don't have a problem if your sole dependency requirements are that you attempted but failed to quit drinking and that your continuing binge drinking has aggravated your depression?

The obvious answer to both queries is no. Because of this, the DSM-V merged both diagnoses into one: alcohol consumption disorder. AUD as a diagnosis, according to the National Institute on Alcohol Abuse and Alcoholism, "removes the stigma associated with the term "abuse" and has alternative criteria" (notably removing legal trouble).

The presence of at least two of the following symptoms, according to the DSM-V, is suggestive of alcohol use disorder. A symptom is a question that you say yes to. The questions are: Have you done any of the following in the last year:

Have you given up or reduced your participation in things that were essential to you or brought you joy in order to drink?
Have you ever been in a position during or after drinking that put you in danger (such as driving, swimming, using machinery, wandering in a risky location, or having unsafe sex)?
Have you continued to drink despite the fact that it was making you feel unhappy, worried, or aggravating another health issue? Or after a period of memory loss?
You have to drink a lot more than you used to obtain the desired effect? Or did you notice that your regular quantity of drinks had a considerably less impact than before?
Have you ever experienced withdrawal symptoms such as insomnia, shakiness, restlessness, nausea, sweating, a racing heart, or a seizure after the effects of alcohol had worn off? Or did you get a sensation of something that wasn't there?Have you ever found yourself drinking more or for longer than you intended?
Have you ever wished to cut down or stop drinking, or attempted but failed to do so?
Have you been drinking a lot lately? Or are you sick or recovering from additional side effects?
Have you ever been so desperate for a drink that you couldn't think of anything else to do?
Have you ever found that drinking — or being unwell from drinking — made it difficult to take care of your house or family? Or harmed your career prospects? Or perhaps there are issues at school?
Have you continued to drink despite the fact that it was generating conflict with your family or friends?

If you have answered the questions above honestly and found that you fit the diagnosis for alcohol use disorder, you had probably already considered that you may have a drinking problem. And, even if you did not meet 3 or more of the criteria, but you feel that alcohol is negatively impacting your life, then you may have a problem with alcohol. But don’t worry, there are plenty of ways that you can get help! 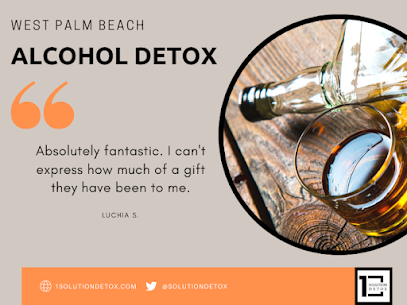 If you believe you have a problem, the first step is to seek professional help. They will almost certainly prescribe an alcohol detox treatment if you are physically dependent on alcohol. If not properly treated, alcohol withdrawal is not only unpleasant, but it can also be lethal. Checking into a medical detox facility, like 1 Solution Detox, can ensure that you are safe and cared for while you begin your journey to quit drinking. There is no shame in asking for help. Countless people quit drinking alcohol every day with the help of addiction recovery programs and treatment centers. If you or a loved one need to find a rehab for alcohol use disorder, don't hesitate to call a facility like 1 Solution Detox in West Palm Beach today.