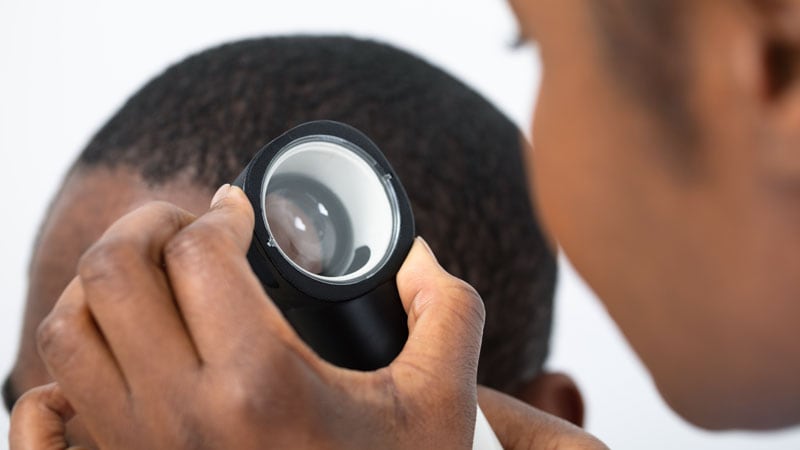 Studies are flagging racial and ethnic disparities in rheumatology training materials, pointing to a need to boost representation of darker skin tones and better educate physicians in evaluating this cohort.

Not enough is known about these disparities in rheumatology education, despite the fact that minorities make up 40% of the population in the United States.

The problem starts with books and references used in medical schools, Lynn McKinley-Grant, MD, immediate past president of the Skin of Color Society and associate professor of dermatology at Howard University, Washington, said in an interview. “In the medical literature there has been a dearth of images in skin of color in all specialties,” she said. With an increased diversity in the U.S. population, there is a need for health care providers to be able to recognize disease patterns in all skin types.” If a physician is training at an institution where there are not many patients of color in the community, the rheumatologists are even more limited in terms of their clinical experience.

This lack of training in diagnosis of disease has serious clinical repercussions, as seen in COVID cases, McKinley-Grant noted. “You end up not being able to recognize early erythema, jaundice, anemia, or hypoxemia because those conditions are a different color or pattern in the darker skin types. This can lead to errors in treatment, diagnosis, and medical care, resulting in increased morbidity and mortality.”

A team of researchers from Washington University in St. Louis called attention to this issue at the American College of Rhematology’s Convergence 2020 conference.

“Patients of color with lupus are especially vulnerable as they often carry a greater disease burden, yet studies show that individuals with darker skin tones are underrepresented in medical educational materials,” Vijay Kannuthurai, MD, and colleagues wrote in their study abstract. The team surveyed 132 providers in St. Louis, Mo., on their confidence in evaluating any rash, and rashes in patients with lupus and varied skin tones.

Participating clinicians, mostly rheumatologists, dermatologists, or internists, had a higher confidence level in diagnosing any rash versus lupus rashes, but were considerably less confident in diagnosing lupus rash on darker skin, compared with those on fair skin. This represents “a disparity between provider confidence and the patient population lupus traditionally affects,” the investigators concluded.

Another recent study found evidence of disparities in clinical education resources. “The lack of dark skin representation among rheumatology educational materials contributes to the implicit bias and structural racism present in medical education by promoting White-only models of disease,” lead author Adrienne Strait, a medical student at the University of California, San Francisco, said in an interview. “Given that rheumatic diseases disproportionately impact racial and ethnic minorities, we felt it was important to examine the representation of these groups within rheumatology training resources.”

Taking into account the high incidence of sarcoidosis and SLE in Black patients when compared with White patients, the investigators did a secondary analysis that excluded these cases.

Among 1,043 patient images studied, just 13.4% represented dark skin, compared with 84% that represented light skin. More than 2% represented an indeterminate skin color. Comparing dark-skin representation in the clinical images and SLE images with the representation of Asian, Native American, and Black individuals in the United States and within lupus cases nationally, the investigators found significant underrepresentation of dark skin.

“Excluding sarcoidosis and SLE images, the overall representation of dark skin was 9.4% (n = 84), which was significantly lower than the proportion of Asian, Native American, and Black individuals within the U.S. Census population,” according to Ms. Strait and her associates. UpToDate contained the largest proportion of images of dark skin respective to other databases, whereas Kelley’s Textbook had the smallest.

Many physicians are willing to improve upon their skills in identifying conditions on darker skin, as the study by Kannuthurai and associates suggests. Overall, 93% of the survey’s participants wanted to learn more about rashes in patients of color. “Future educational interventions may help practitioners improve their confidence when diagnosing rashes in lupus patients” with darker skin, they suggested.

Ms. Strait and her colleagues recommended a series of actionable steps to improve diversity and equity of dark skin tone representation in rheumatology curricula.

Editors of educational resources, for example, should make image diversity a priority for those diseases that are most commonly associated with cutaneous manifestations, such as SLE, vasculitis, inflammatory myopathies, systemic sclerosis, sarcoidosis, and psoriasis. They also called for educators in academic rheumatology programs to collaborate to improve diversity in resources used at the undergraduate and graduate medical education level.

Efforts should take place at the local, regional, and national level to publicly discuss and educate clinicians about rheumatic diseases in individuals of color. Speakers at rheumatology conferences should strive to educate learners about presentations of rheumatic diseases in individuals of color. The ACR in the meantime could establish a task force to enhance racial and ethnic diversity in their image library and other published resources.

“These steps may improve provider recognition and diagnosis of rheumatic disease manifestations in skin of color, which may in turn reduce health disparities among racial and ethnic minority groups,” Ms. Strait said.

Beth L. Jonas, MD, chair of the ACR’s Committee on Rheumatology Training and Workforce Issues, called the findings of this study “timely and important.” The researchers highlighted a deficiency in rheumatology training materials that needs addressing, she said in an interview. “I definitely agree that ACR needs to be mindful of this. There’s no doubt that we need to take these recommendations and move along these lines.”

The ACR took a first step in 2020 with the creation of a diversity, equity, and inclusion committee. “We are undergoing a college-wide look at what we do, with an eye toward inclusion. There is a strong interest in addressing health disparities and being an equitable and inclusive community of rheumatology health care professionals,” said Jonas, chief of the University of North Carolina at Chapel Hill’s division of rheumatology, allergy, and immunology.

The American Academy of Dermatology is also working to improve the image library with images of disease in skin of color. “Everyone’s jumping on this now,” McKinley-Grant observed. The medical profession can’t afford not to. It’s a life-threatening issue when rheumatoid arthritis and other diseases in people of color aren’t diagnosed early and correctly, she added.

While many organizations are taking steps to improve representation of darker skin images, VisualDx has taken the lead on this, she said. “They’ve been doing this for years now. There are over 14,000 images of disease in skin of color, including all the rheumatologic diseases. There’s a mobile app and desktop decision support system, and it is very popular. A majority of medical schools have this as a library resource, and hospital systems license it for EHR integration.” Doctors can also get it individually. This enables them to share images and handouts of a diagnosis and select images of patients of color, said McKinley-Grant, who uses the VisualDx smartphone app DermExpert, which is an app for nondermatologists that features an image library of skin lesions, including darker-skin images.

ProjectIMPACT, powered by VisualDx, is another effort to support reducing health care bias in darker skin. The project is a collaboration between the New England Journal of Medicine Group and the Skin Of Color Society. According to McKinley-Grant, the organizers are building awareness of the importance of reducing the educational and clinical gaps in diagnosing patients of color and trying to get students and educators to pledge to take meaningful steps and to have real-world impact.

This isn’t just exclusive to dermatology and rheumatology – it involves all medical specialties, she stressed.

ProjectIMPACT isn’t just a resource for physicians, she continued. Librarians can also use it to develop more resources on skin of color.

The Skin Of Color Society and VisualDx have also partnered with the NEJM Group to develop a comprehensive virtual series on the impact of skin color and ethnicity on clinical research. The four-part series addresses structural racism and racial bias in medicine, hair disorders in people of color, pigmentary disorders, keloids, COVID-19 comorbidities, and cutaneous manifestations of systemic diseases in children and adults.

As a medical student, McKinley-Grant said she was fortunate to attend the Albert Schweitzer Hospital in Lambarene, Gabon, on a fellowship. For 3 months, she gained a wealth of experience examining only African patients with brown skin.

In her other training in medicine, “I’ve been at institutions with diverse populations, in Boston, New York, and Washington,” learning more about all different skin pigments.

This type of training should be more widely available, especially now, with COVID-19 producing new manifestations of skin lesions, she emphasized. Such efforts involve a diversification of images physicians are being trained on so that they can recognize the same disease in a person of color.

“Doctors have to be able to recognize different colors, different shades of brown and shades of white. Not all white skin is the same color,” she noted. In looking at a rash or lesion, “you have to learn how to discern differences in the background color of the skin, which is determined by melanin in the skin (Fitzpatrick skin types I-VI) and by what’s going on in the blood, such as how much oxygen and hemoglobin the patient has in their blood.” Inflammation and infection (erythema) will appear more violaceous in IV-VI skin types, for example.

At the University of North Carolina at Chapel Hill, a group of students and faculty have created a dermatology image library to address the deficiency in the availability of images for teaching purposes. “Our medical students recognized the gap and started this,” Jonas said. Julie Mervak, MD, assistant professor of dermatology, is spearheading this effort, with students Linnea Westerkam and Anuj Pranav Sanghvi.

“I understand that others around the country are working on similar initiatives,” Jonas said.

None of the sources for this story had any relevant disclosures.

This article originally appeared on MDedge.com, part of the Medscape Professional Network.

How the Largest Dam Removal Project in History Will Commence Next...

In mice, a mom’s love comes from the intestine

Is HIV Criminalization the No. 1 Barrier to Ending the Epidemic?