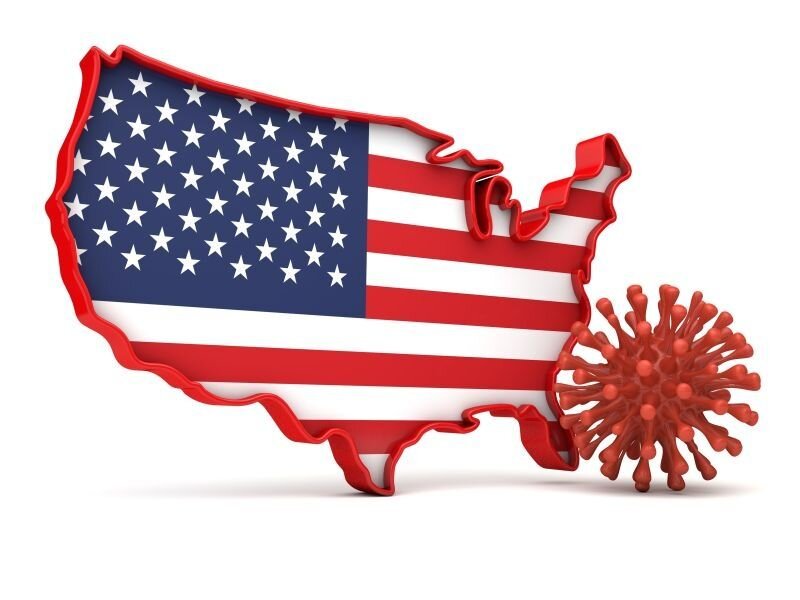 (HealthDay)—In a sign that the coronavirus pandemic is beginning to ebb in America, a new analysis finds the seven-day average of new COVID-19 deaths in the United States has hit its lowest point since last October.

As of Wednesday, 684 new deaths had been reported, data from Johns Hopkins University showed. That’s roughly an 80% drop since January, CNN reported. And the decline has been sure and steady in recent months: Since the start of 2021, the seven-day average number of COVID-19 deaths has decreased.

What is fueling the promising trend? Experts say the country’s aggressive vaccination drive has played a big part.

COVID-19 vaccinations are already driving down death rates among vulnerable groups in the United States, such as older adults, Dr. Amesh Adalja, a senior scholar at the Johns Hopkins Center for Health Security in Baltimore, told CNN on Thursday

“If you look, for example, at populations that have been highly vaccinated like nursing home residents, you will see that deaths in nursing homes have plummeted, and overall, the death rate has been falling over time,” Adalja said. “It’s really a function of how many of the high-risk individuals have been vaccinated, and that is becoming more evident.”

Still, more Americans need to get vaccinated, experts urge. Most pressing are young people, some of whom may think they don’t have as much to fear from the virus, CNN reported.

Anyone aged 16 and older is now eligible for a COVID-19 vaccine. But a recent Quinnipiac University poll found 36% of adults under the age of 35 don’t plan on getting one, CNN reported.

But when Dr. Rochelle Walensky, director of the U.S. Centers for Disease Control and Prevention recently warned of a rise in COVID-19 cases and hospitalizations, that increase was seen mostly among younger adults, most of whom were not vaccinated, CNN reported.

If that doesn’t convince young people to get vaccinated, the long-term consequences of COVID-19 should.

“One critical way to prevent long COVID is to prevent COVID itself,” National Institutes of Health Director Dr. Francis Collins said at a House Energy and Commerce subcommittee hearing on Wednesday.

“Even for young people who consider their risk of severe COVID to be low, the long-term consequences can be quite serious,” he added. “So long COVID represents one more reason to encourage everyone age 16 and over to get vaccinated as quickly as possible.”

Despite the push for more vaccinations, state and local leaders say they are seeing a decrease in demand. As a result, they’re asking vaccine manufacturers to scale down the size of vials and how much is distributed, CNN reported.

Many colleges will require vaccination in fall

Over 100 American colleges will require that students get coronavirus vaccines if they want to be on campus in the fall, a new survey shows.

More than 660,000 cases have been linked to universities since the start of the pandemic, with one-third of those reported since Jan. 1, The New York Times reported.

And COVID-19 outbreaks still plague some campuses, even as students have become eligible for vaccines. Salve Regina University in Rhode Island canceled all in-person events for at least a week after more than 30 students tested positive in seven days, the Times reported. Meanwhile, Wayne State University in Detroit suspended in-person classes and on-campus activities in early April.

Although private colleges constitute the majority of schools with vaccine mandates, some public universities have also moved to require the shots, the Times said.

Students and employees of the University of Maryland will be required to get vaccinated before returning to campus in the fall, said Chancellor Jay Perman. He said he was particularly concerned about the B.1.1.7 variant, which he described in his announcement last week as more contagious, the newspaper reported.

“That’s what we’re preparing for, more infectious, more harmful variants that we think could be circulating on our campuses come fall,” Perman said.

At least two dozen colleges, including those in California’s public university system, said that they would require shots once the U.S. Food and Drug Administration gives full approval for the three coronavirus vaccines currently approved for emergency use in the United States, the Times reported.

Many schools that are not requiring vaccinations are instead offering incentives to encourage students to get their shots. Baylor University in Texas and Calvin University in Michigan have both announced that students who have been inoculated can skip mandatory COVID-19 testing, the newspaper said.

The University of Wyoming is offering vaccinated students and staff members a chance to participate in a weekly drawing for prizes such as tickets to football or basketball games and Apple products, the Times reported. Employees who are fully vaccinated are eligible for a personal day off.

Millions of Americans have missed their second COVID shot

The number of vaccine recipients who missed their second dose now stands at nearly 8%, more than double the rate seen among people who got inoculated during the first several weeks of the national vaccine campaign, the Times reported.

Already, millions of people are wary about getting vaccinated at all, and now local health authorities are struggling to make sure that those who get their first shot also get their second.

“I’m very worried, because you need that second dose,” Dr. Paul Offit, a professor at the University of Pennsylvania and a member of the U.S. Food and Drug Administration’s vaccine advisory panel, told the Times.

Why the missed second shots?

Some said they feared the side effects, which can include flu-like symptoms, while others said they felt they were sufficiently protected with a single shot. But a surprising hurdle has also surfaced: A number of vaccine providers have canceled second-dose appointments because they ran out of supply or didn’t have the right brand in stock, the Times reported. Walgreens, one of the biggest vaccine providers in the United States, sent some people who got a first shot of the Pfizer or Moderna vaccine to get their second doses at pharmacies that only had the other vaccine on hand, the newspaper said. Several Walgreens customers said they scrambled to get the correct second dose, but others likely gave up, the newspaper added.

Public health officials had worried from the start that it would be hard to get everyone to come back for their second shot, and now some state officials are scrambling to keep the tally of partly vaccinated people from swelling.

Compared with the two-dose regimen, a single shot triggers a weaker immune response and may leave some people more susceptible to dangerous virus variants, the Times said. And though a single dose provides some protection against COVID-19, it’s not clear how long that protection will last.

While millions of Americans have missed their second shots, the overall rates of follow-through, with some 92 percent getting fully vaccinated, are strong by historical standards, the Times noted. As of Friday, 143.8 million Americans had received their first shot, while 99.6 million have gotten their second, CDC data shows.

Meanwhile, the U.S. coronavirus case count passed 32.3 million on Friday, while the death toll topped 575,000, according to a tally from Johns Hopkins University. Worldwide, nearly 150.6 million cases had been reported by Friday, with nearly 3.2 million people dead from COVID-19.

More information:
The U.S. Centers for Disease Control and Prevention has more on the new coronavirus.

This document is subject to copyright. Apart from any fair dealing for the purpose of private study or research, no
part may be reproduced without the written permission. The content is provided for information purposes only.

For Nurses Feeling the Pressure of the Pandemic, Virus Resurgence Is...

This Is the Final Reward for the Health Lover in Your...

Now Is the Time To Buy New Ski Boots