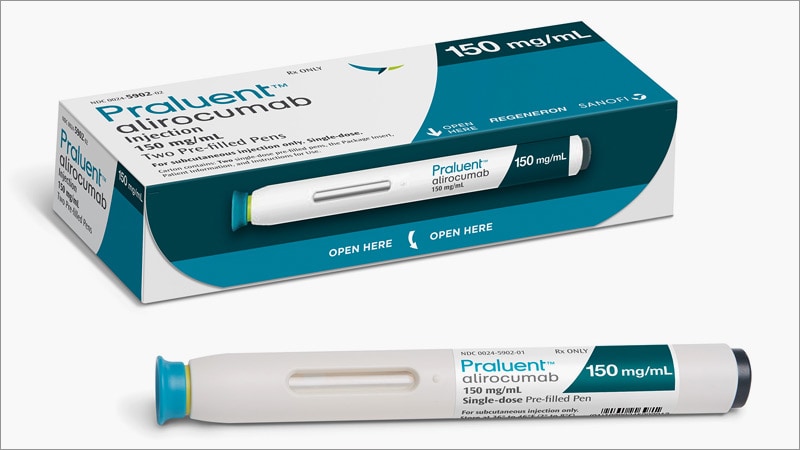 The US Food and Drug Administration has approved alirocumab (Praluent, Regeneron Pharmaceuticals) injection as add-on therapy for adults with homozygous familial hypercholesterolemia, the agency announced.

The proprotein convertase subtilisin/kexin type 9 (PCSK9) inhibitor was originally approved in the United States in 2015 as an adjunct to diet, alone or in combination with other lipid-lowering therapies, to reduce low-density-lipoprotein cholesterol (LDL-C) in adults with primary hyperlipidemia, including heterozygous familial hypercholesterolemia (FH).

Alirocumab is also approved to reduce the risk of myocardial infarction, stroke, and unstable angina requiring hospitalization in adults with cardiovascular disease.

The new indication is based on a 12-week randomized trial in 45 adults who received 150 mg alirocumab every 2 weeks and 24 patients who received placebo, both on top of other therapies to reduce LDL-C. At week 12, patients receiving alirocumab had an average 27% decrease in LDL-C compared with an average 9% increase among patients on placebo.

Trudeau expects most of Canada to be vaccinated by September

The Psychological Well being Toll of Retaining Colleges Closed