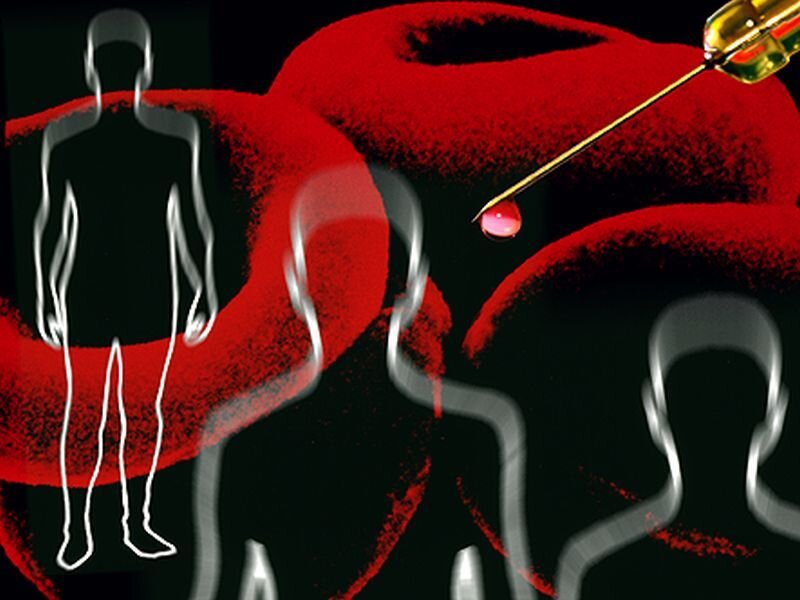 (HealthDay)—Doctors might have figured out why AstraZeneca’s COVID-19 vaccine may cause life-threatening blood clots in very rare cases.

The discovery, made in a pair of reports published online Friday in the New England Journal of Medicine, could be key to the global rollout of the AstraZeneca vaccine, helping develop effective treatments for the side effect and providing clues on how to refine the vaccine and fix the problem, experts say.

But it also might hinder efforts to have the vaccine approved in the United States, where there already are three vaccines available.

The AstraZeneca vaccine appears to cause certain people to develop antibodies that target a protein in the human body called platelet factor 4 (PF4), which spurs platelets into action and activates a clotting cascade, explained report co-author Dr. Theodore Warkentin, a professor of pathology and molecular medicine at McMaster University in Ontario, Canada.

“It’s an antibody that’s somehow triggered by the vaccine, and in some circumstances this results in unusual blood clotting,” Warkentin said.

The phenomenon is similar to a rare drug side effect caused by the blood thinner heparin, called heparin-induced thrombocytopenia, Warkentin said.

The vaccine’s clotting side effects are so rare that the European Medicines Agency (EMA) and the UK’s Medicines and Healthcare Products Regulatory Agency both have decided to keep it on the market, concluding that its benefits outweigh the risks, AstraZeneca noted in a statement.

However, the vaccine’s label will be updated to list blood clotting as an extremely rare potential side effect.

“AstraZeneca has been actively collaborating with the regulators to implement these changes to the product information and is already working to understand the individual cases, epidemiology and possible mechanisms that could explain these extremely rare events,” the company statement said.

As of April 4, the EMA had received reports of 169 cases of cerebral clotting and 53 cases of abdominal clotting out of about 34 million AstraZeneca doses administered throughout Europe, according to Reuters.

In the United Kingdom, 19 people have died from serious blood clots related to the vaccine, CNN reported.

Two of the three COVID-19 vaccines being distributed in the United States—Pfizer and Moderna—have not shown any such side effect. But on Friday, European drug regulators said they are reviewing reports of rare blood clots in four people who received Johnson & Johnson’s COVID-19 vaccine. Of the four cases, three occurred in the United States during the rollout of the vaccine and one person had died, and the fourth case was reported in a clinical trial, CNBC reported.

One of the new AstraZeneca vaccine reports focuses on 11 patients in Germany and Austria who developed serious clotting problems after getting the vaccine, while the other reviewed the cases of five health care workers between the ages of 32 and 54 who developed the side effect.

Tests revealed that all patients had developed PF4 blood-clotting complexes similar to that caused by heparin, even though none had received the blood thinner.

These new findings still don’t give doctors any clue who might fall ill with excess clotting after receiving the AstraZeneca vaccine, noted Dr. William Schaffner, a professor of infectious diseases at Vanderbilt University Medical Center in Nashville, Tenn.

“It’s focused in younger age groups so far, but we can’t pick out in advance who these people are. So, the question will be as we go forward in public policy around the world, how you will manage this vaccine?” Schaffner said.

But the findings could help guide treatment of people who develop symptoms similar to heparin-induced thrombocytopenia, Warkentin said.

“If someone develops symptoms five or more days after the vaccine, either headache or neurological symptoms, or abnormal pain or shortness of breath, then the vaccine recipient would know they ought to seek medical attention,” Warkentin said. “Just as important, the clinicians who evaluate the patient would know how to look for it.”

There might already be a treatment available, based on how doctors treat an even rarer type of heparin-induced thrombocytopenia, Warkentin said.

Heparin usually directly affects PF4 to cause clotting, but in some cases the drug promotes an autoimmune response that affects the important protein, Warkentin said.

Doctors treat autoimmune heparin-induced thrombocytopenia by administering high doses of IV immunoglobulin, essentially flooding the body with healthy antibodies to drown out the signal produced by the drug, Warkentin said.

“We’re recommending that when a doctor recognizes such a patient with this new condition, called vaccine-induced immune thrombotic thrombocytopenia, they be treated not only with anticoagulation but with this high-dose intravenous immunoglobulin,” Warkentin said.

Now that AstraZeneca knows what’s happening to cause the clotting side effect, they also have the opportunity to review the makeup of the vaccine and the way it’s manufactured to figure out what’s happening, Warkentin said.

“There may be a way to figure out what that might be and perhaps a way to tweak the vaccine to make it safer,” Warkentin noted.

These reports, Schaffner said, “implicate the vaccine as an immune initiator of a very rare event that creates antibodies which involve platelets, those tiny elements in the bloodstream that cause clotting.”

Health ministries around the world now will have to weigh this information against the risks posed by COVID-19, Schaffner explained.

“This is particularly poignant because this vaccine is very inexpensive, and it can be made in large amounts and it can be handled in a normal cold chain. It was actually touted initially and anticipated this would perhaps be the major vaccine used in many developing countries,” Schaffner said. “I think lots of ministers of health now have a cost/benefit analysis that is going to be undertaken.”

AstraZeneca had been preparing to seek an emergency use authorization in the United States for its vaccine, but this news casts a shadow over those efforts, Schaffner added.

“I’ve heard nothing to the contrary, but you have to wonder whether the company wishes to go through that process,” he said. “Here in the United States we appear to have, with our three vaccines under an emergency use authorization, an ample amount of vaccine at the moment. In some parts of the country, we have a vaccine supply that’s exceeding demand for the vaccine. The need for a fourth vaccine has diminished enormously.”

Dr. Anthony Fauci, director of the U.S. National Institute of Allergy and Infectious Diseases, has also cast doubt on the AstraZeneca vaccine’s prospects here in the United States.

“We already have contracted for enough vaccines, from Moderna and from Pfizer and from [Johnson &Johnson],” Fauci told CNN. “There is no plan to immediately start utilizing the AstraZeneca [vaccine] even if it gets approved through the EUA [emergency use authorization], which it very well might.”

More information:
The U.S. Centers for Disease Control and Prevention has more about COVID-19 vaccines.

Citation:
Scientists find clues to why AstraZeneca’s vaccine may cause clots (2021, April 9)
retrieved 11 April 2021
from https://medicalxpress.com/news/2021-04-scientists-clues-astrazeneca-vaccine-clots.html

This document is subject to copyright. Apart from any fair dealing for the purpose of private study or research, no
part may be reproduced without the written permission. The content is provided for information purposes only.

Exercise Helps the Heart, But Can Manual Labor Hurt?

Living In Possibility Not Circumstance with Lee Richter – Natalie Jill...

Restoration from Perfectionism and Codependency